The problem with Fintech

Everyone wants a piece of the $100 trillion pie. I can rattle off a list of 50 payments companies you’ve never heard of and never will. Companies that do millions of dollars in transactions a day. Everyone has a different niche, a different value proposition - more security, less personal data storage, more rewards, less fees – whatever. You want to pay with the palm of your hand? Yeah, there’s an app for that too. And there’s nothing wrong with any of this. Competition fuels technological progress, and the payments space is in desperate need of progress. Progress to eliminate the pain, cost, and time spent dealing with traditional payment processes.

So the world of Fintech has responded. Leveraging newer technologies and the finest minds in the finance realm to develop solutions that will make payments faster, cheaper and better. 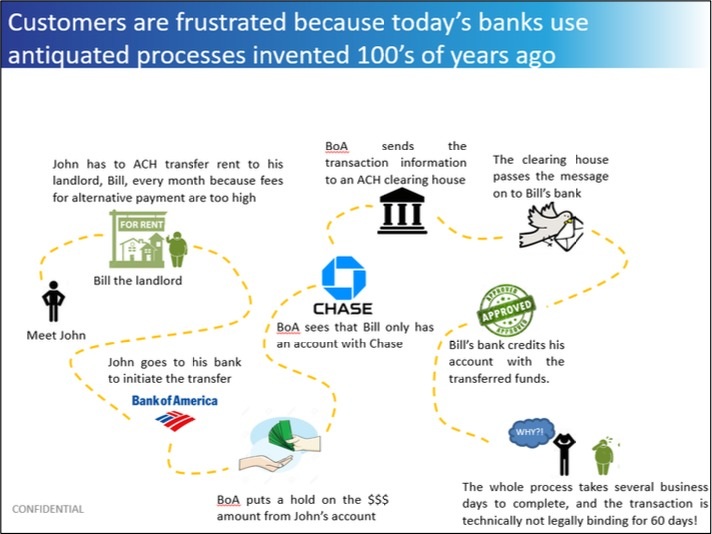 Well, not exactly... That might be what you expect, but a deeper dive shows that an inherent division of interests has made mutual gain near impossible. The division exists between offering services to users who want to pay each other (P2P) and pay at checkout (POS), and business who want to pay each other (B2B) and receive payment from users at checkout (POS). Not surprisingly, many entrepreneurs and tech companies have found elegant solutions for a single piece of the puzzle. Few have tried to address the whole thing. The problem is that the payment ecosystem is intertwined and there will never be a good solution without treating it as one machine.

Credit card companies have made things tough for small and large businesses. Today there exists constant litigation between the big players like Visa and Walmart and constant struggle for the little guys whose margins are being stretched thin by high transaction fees. Fintech hasn’t responded appropriately.

Mobile wallet’s like Apple Pay and Samsung Pay bring with them big user bases, but increase fees to the merchants. Who remembers CVS and RiteAid trying to ban Apple Pay? It’s not really a big surprise that merchants hate the idea of paying more so that customers who would have paid anyway with a physical credit card can pay with their smartphone.

Merchant POS systems haven’t done much better. Square and similar app based POS’s bring with them an impressive software suite that can fully integrate with a store’s existing infrastructure. But again, paying more than traditional credit card fees is not very palatable for most small businesses. Just wait until merchants figure out that they can hire a sophomore level software developer to replicate Square’s functionality and avoid the middleman fees on every transaction, but let’s not go there.

Why hasn’t this corner of Fintech done much for merchants? There are two reasons. First, some of them just can’t. Companies like Square have to deal with fees themselves, so they’re just passing the buck with an upcharge onto the merchants. Second, most of these companies are more concerned with their users than they are with the merchants. As long as their user base grows and provides them consistently large revenue streams they don’t care what the merchants think. They know that they’ll pay any fee to get access to the increase in sales that their user bases promise.

A perfect example of Fintech simply not caring about merchants is Venmo. Venmo truly has the perfect scenario. A gigantically popular P2P network that primarily inputs money via a bank transfer. This costs Venmo next to nothing to process. Paypal’s CEO (Paypal is the owner of Venmo) even admits digital technology is 80-90% cheaper than traditional payments. Now that Venmo has had so much success (they process billions of dollars each month!) it makes sense to try to step into the merchant payments space. This could be an insanely profitable space for Venmo to enter just off promotional and advertising revenue alone. How has Venmo responded? To slowly roll out merchant payments at a 3% fee to merchants. Think about this for a moment. They have created a network that inputs money into their system for nearly nothing, and they have the ability to transfer that money to a merchant for also nearly nothing, and now they’re charging merchants not only more than credit card fees, but more than other Fintech companies who are eating credit card fees themselves and surviving off small markups to the merchants.

So, has there been any attempt to balance the scale? Yes, a dismal attempt that was born to fail, yet, wholly backed by dozens of big time retailers. Merchant Customer Exchange first announced CurrentC back in 2014. At the time it had brought together many big names including Target and Walmart to go against Apple Pay and other payment “solutions”. The idea was good, but implementation was bad and the company soon began to fall apart. CurrentC offered to merchants what credit card companies, PayPal, and other Fintechs have failed to offer. However, CurrentC ignored the users. Again, this is a delicate machine and the puzzle can’t be solved without addressing all the stakeholders.

Will there ever be a solution? Once everyone actually realizes the payments climate, takes a step back from focusing on niche markets that only benefit a small population of one side of the scale, and tries to tackle the problem head on, there very well could be. Today eFiat is trying to do just that. eFiat digitizes money and creates its own payment ecosystem. Using bearer digital cash technology, eFiat allows for seamless and secure P2P money transfer, and allows for low cost merchant payment processing. eFiat is leveraging some of the same cost saving solutions Venmo does, but actually intends to pass these savings on to users. 1% cash back is offered on every transactions, and unique partnerships will make rewards that are usable at any store, not just the issuing merchant, possible. eFiat understands the $100 trillion dollar addressable market, and that creating a universal ecosystem in the long term is much more profitable than disenfranchising users and merchants in the short term. Check out eFiat’s website to learn more at www.eFiat.net. 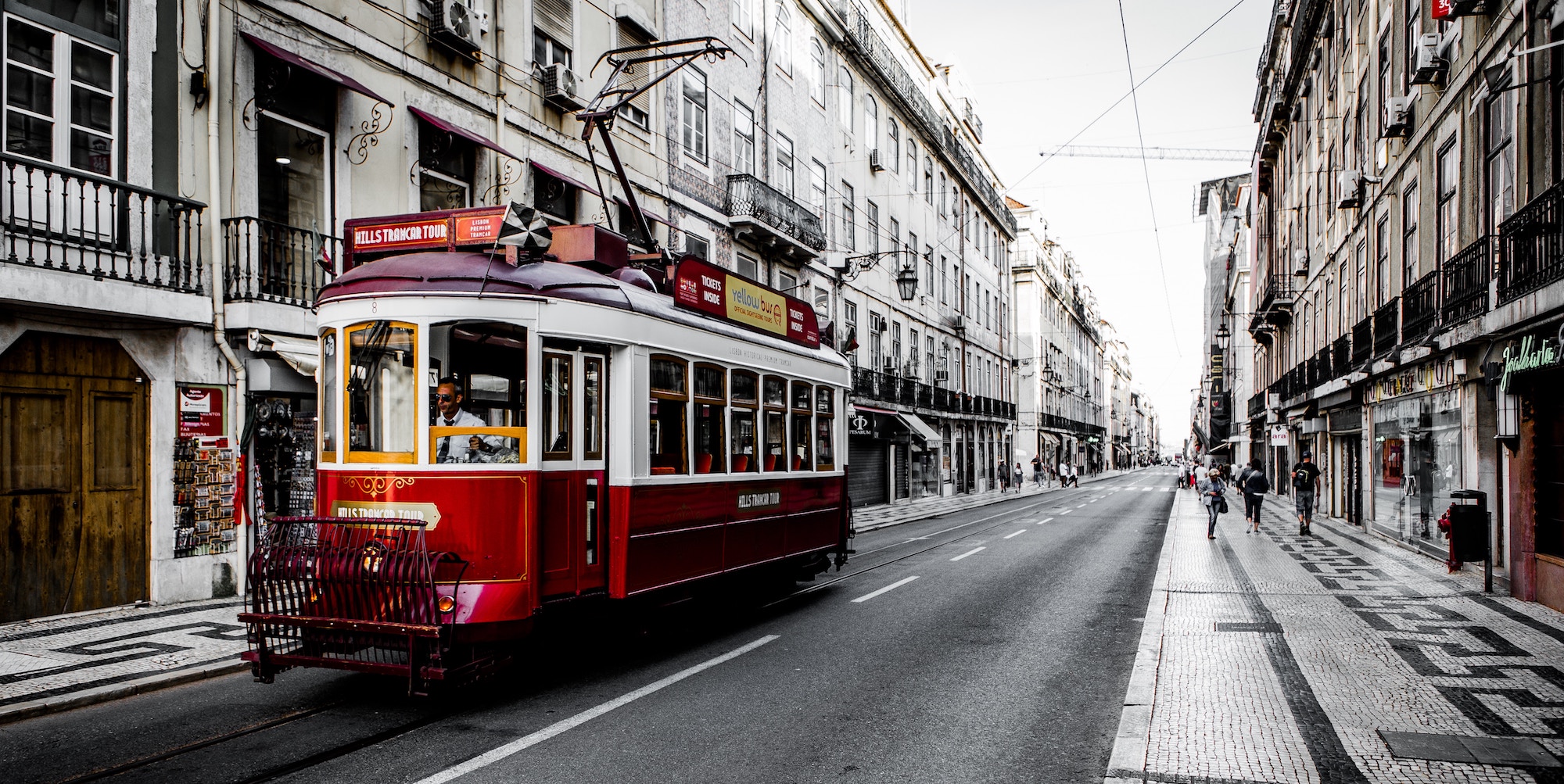 We stopped by at some of the startups and established fintechs at this year's WebSummit in Lisbon to ask them... Full Article

It is not hyperbole to say that the second Markets in Financial Instruments Directive (a.k.a. “MiFID II”) will have a... Full Article